Just around the corner! It’s the American Craft Council’s annual show in Baltimore.
I’ve been at my sewing machine, head down, kimono silk flying, scissors snipping, pins and needles everywhere and finally, in the end, a new group of jackets and coats.

Like this one below, cut and reassembled to emphasize the gorgeous red and black chrysanthemums. 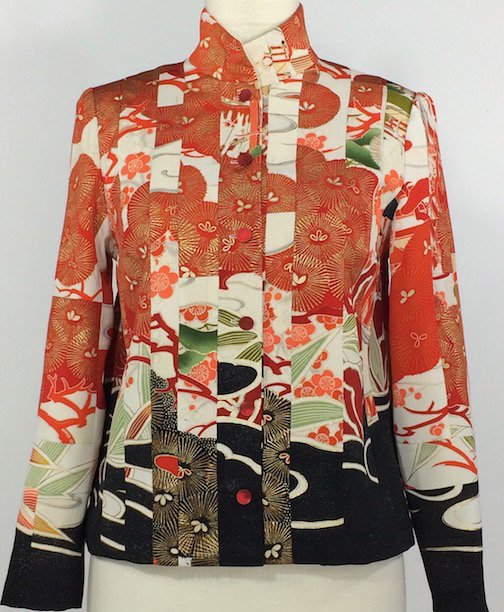 I’ve added red with appliqués and buttons to this jacket sewn from a black and white shibori silk.
Black and white with a touch of red, you can not go wrong with that! 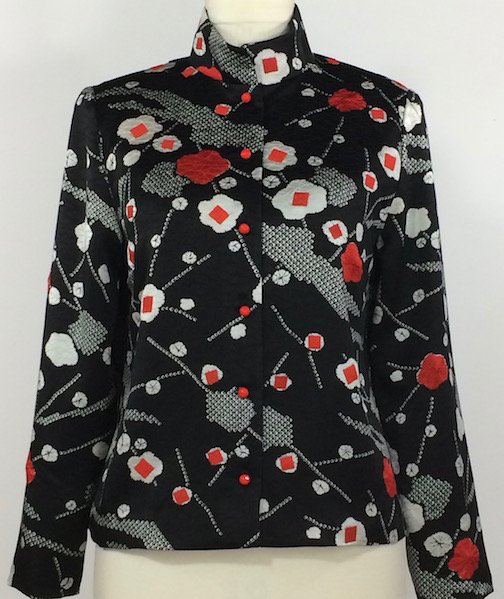 All my meisen remainders! I can’t possibly throw them away.
These smaller pieces went together so well, like they were made for each other. 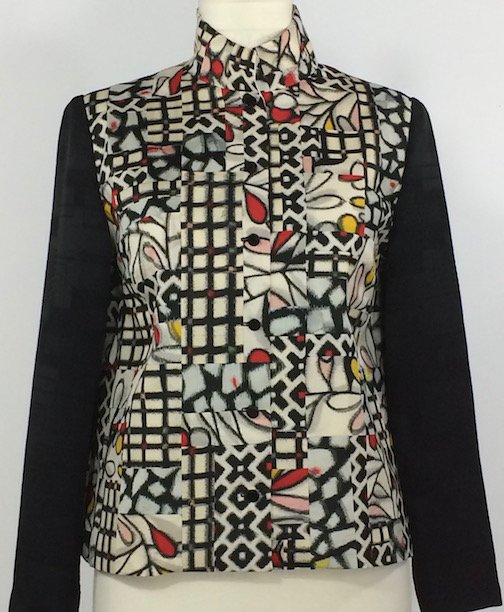 A red ‘Rugby’ jacket. Rugby, because of the horizontal stripes. This one pieced from two similar red and white kimono silks. Each hand-painted by a Japanese artisan. 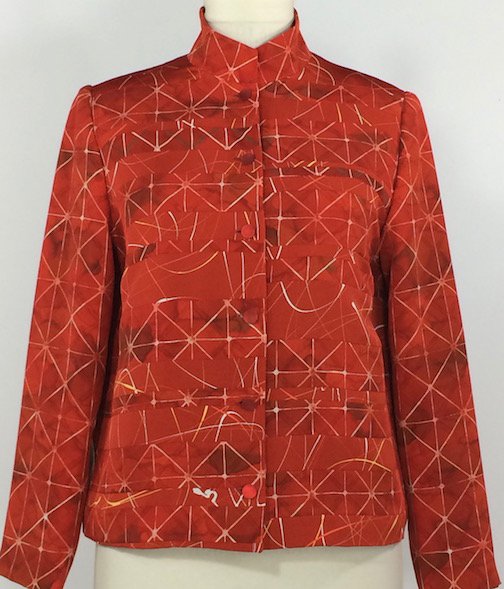 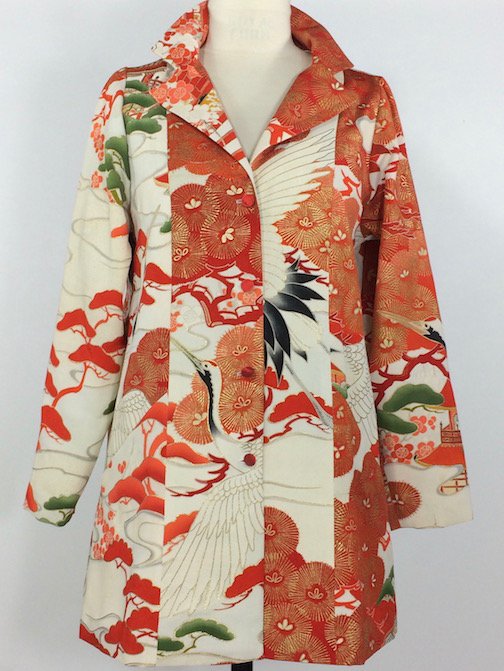