Just a few miles south of Portland, on the Willamette River, sits the city’s only surviving amusement park, Oaks Park.
It was built by the Oregon Water Power and Railway Company as an incentive to increase weekend ridership [and revenue]. Billed as the ‘Coney Island of the Northwest’, the park opened in 1905. 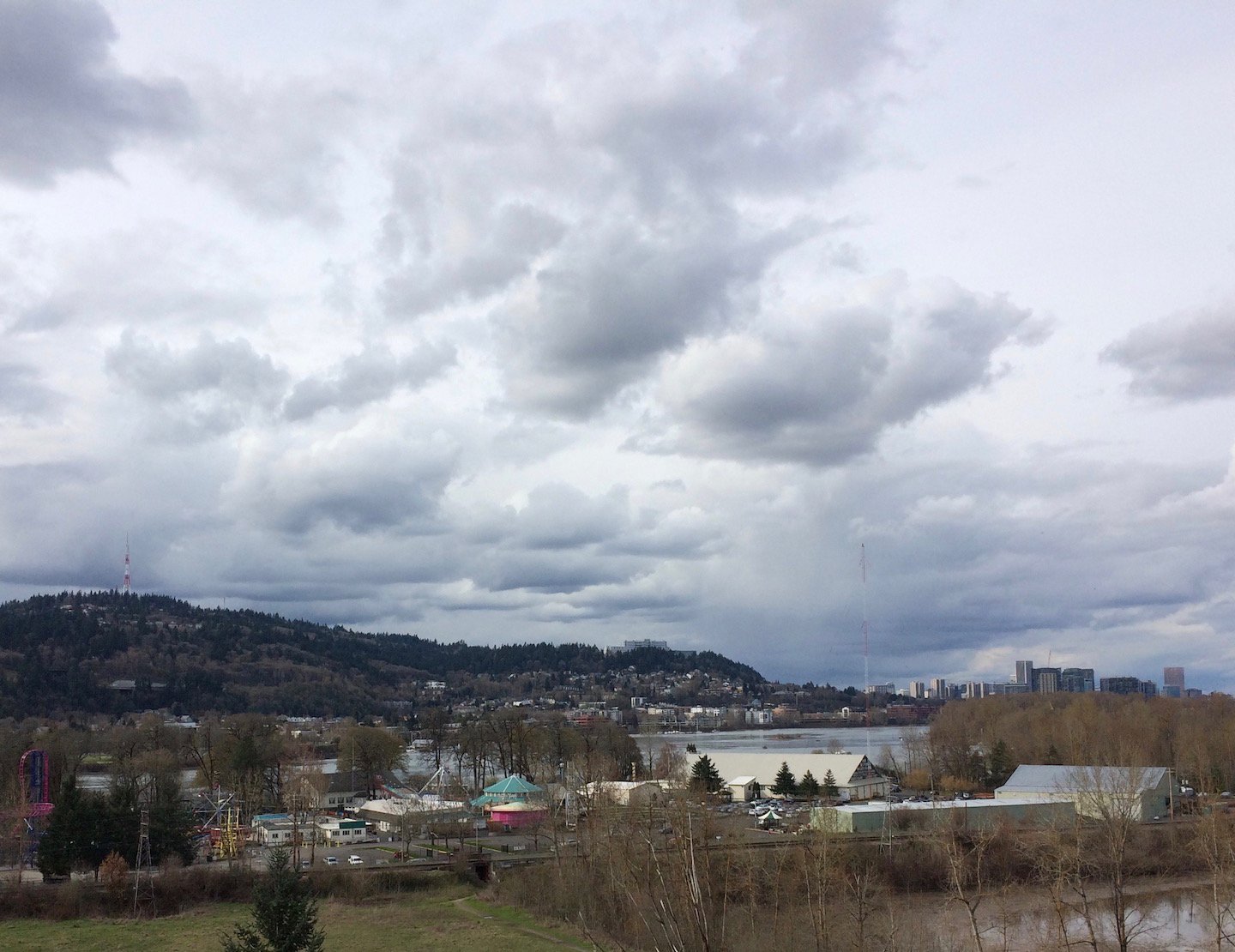 Last week, on a walk along the river, I took a short detour through the park.
It was one week before the official Spring opening.
The ticket booth was shuttered. 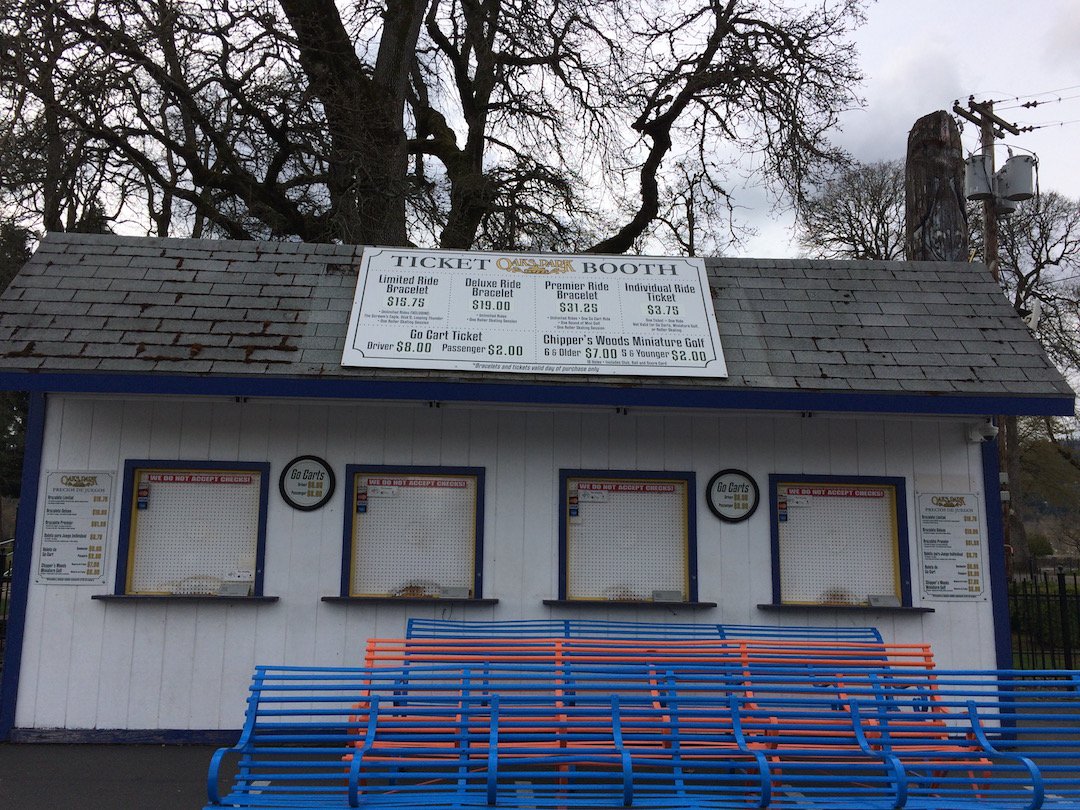 The midway was empty. 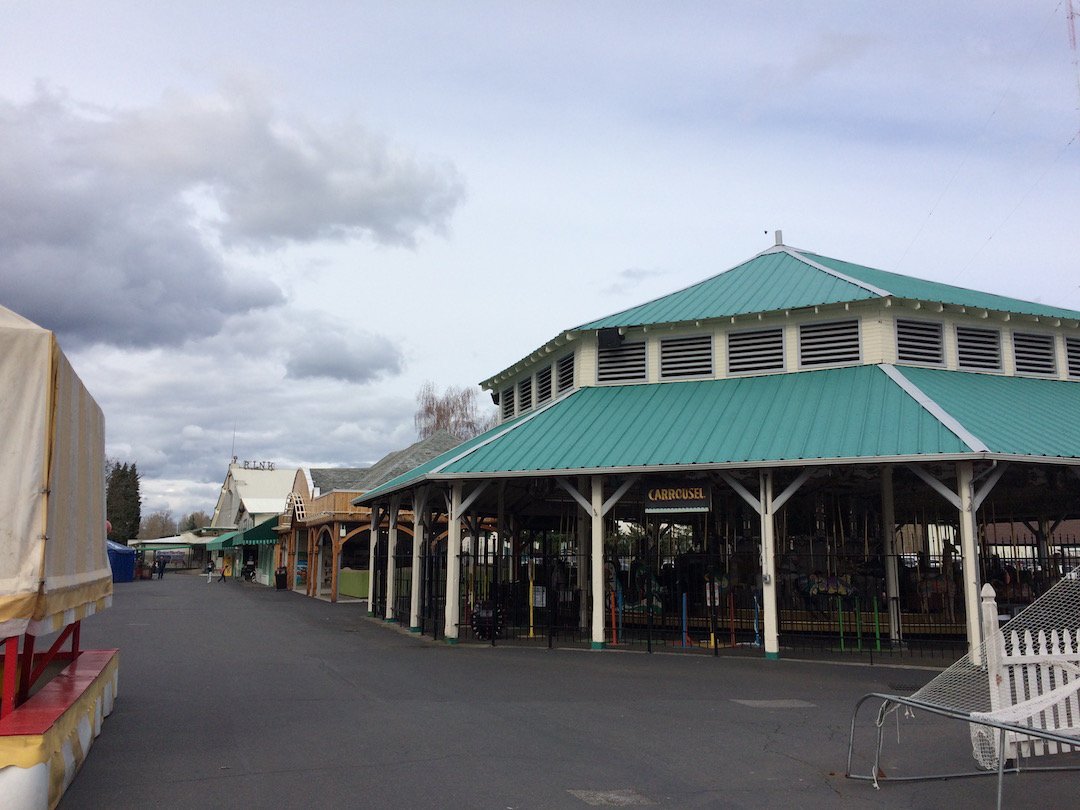 None of the rides or carnival games were operating. 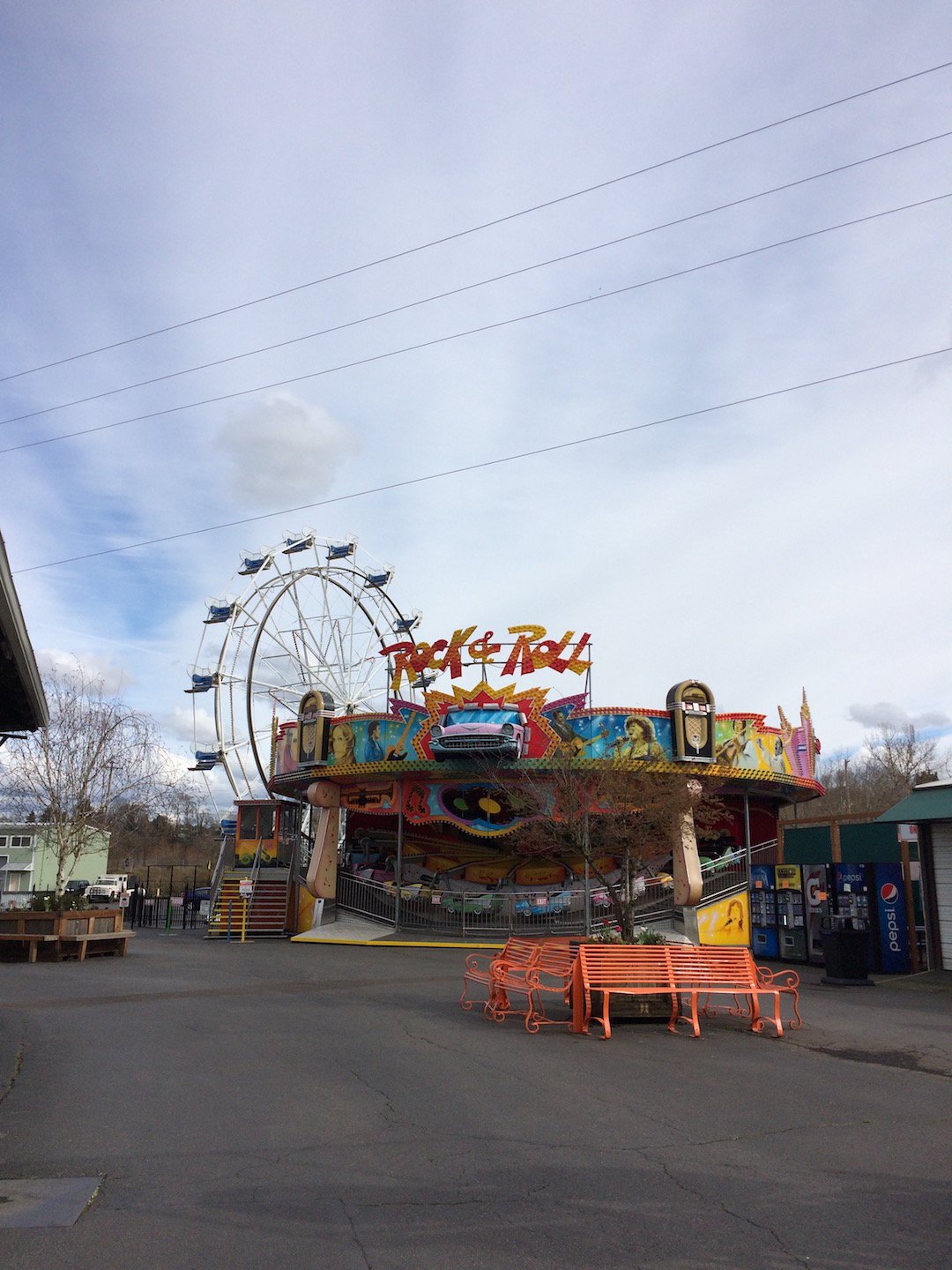 On the 1911 Noah’s Ark Carousel, the hand carved giraffe, ostrich, rooster and dragon were still.

All was quiet, except for one place, the roller rink, which is open year round. 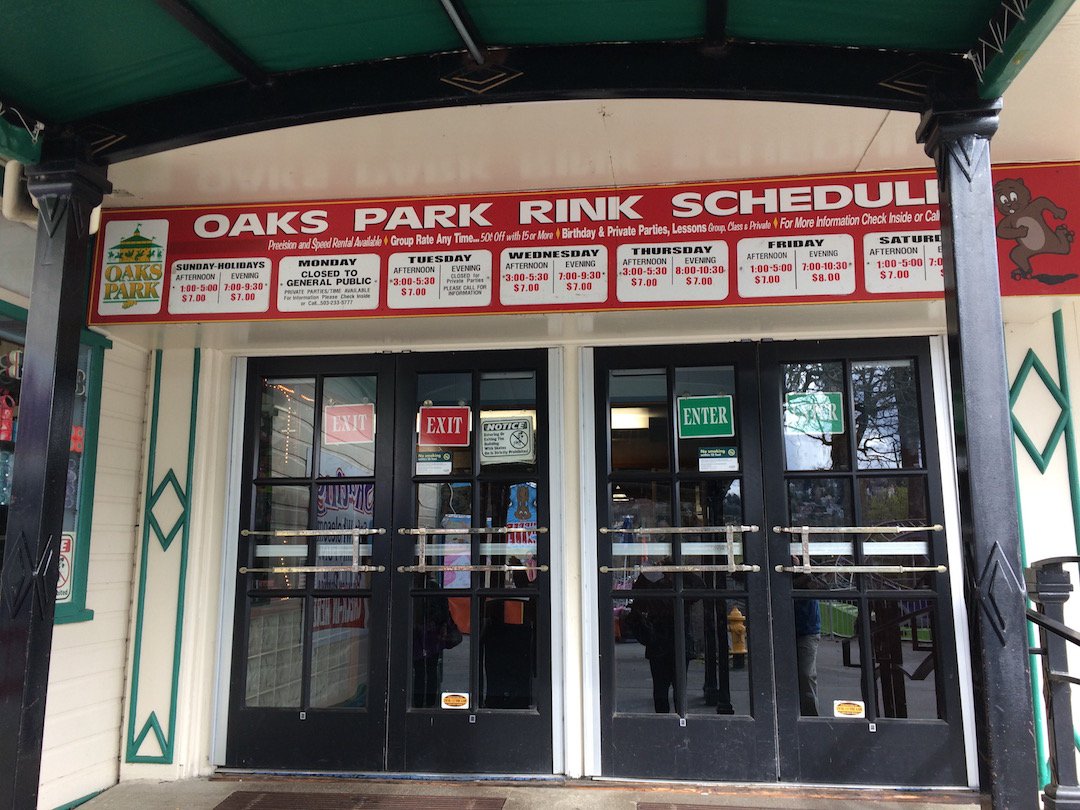 The rink was packed with people skating to the music from a live pipe organ.
That’s right, a genuine musician playing a 1926 Wurlitzer pipe organ!

Although at first it felt as though I had stepped back in time to a long lost era where nostalgia reins, I was happy to find that it’s not a lost past. It’s alive and it’s now and is going strong. The good endures. 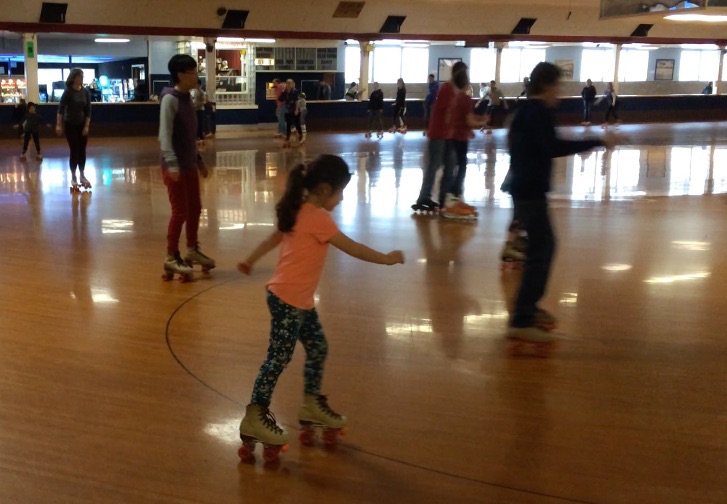