Another wonderful trip to American Craft Council’s Baltimore show!
On day one we set up. First the booth, then the lights, then the clothes.
The goal is to make each piece of clothing look as good as possible, so that each one shines and at the same time enhances the one that it is next to. 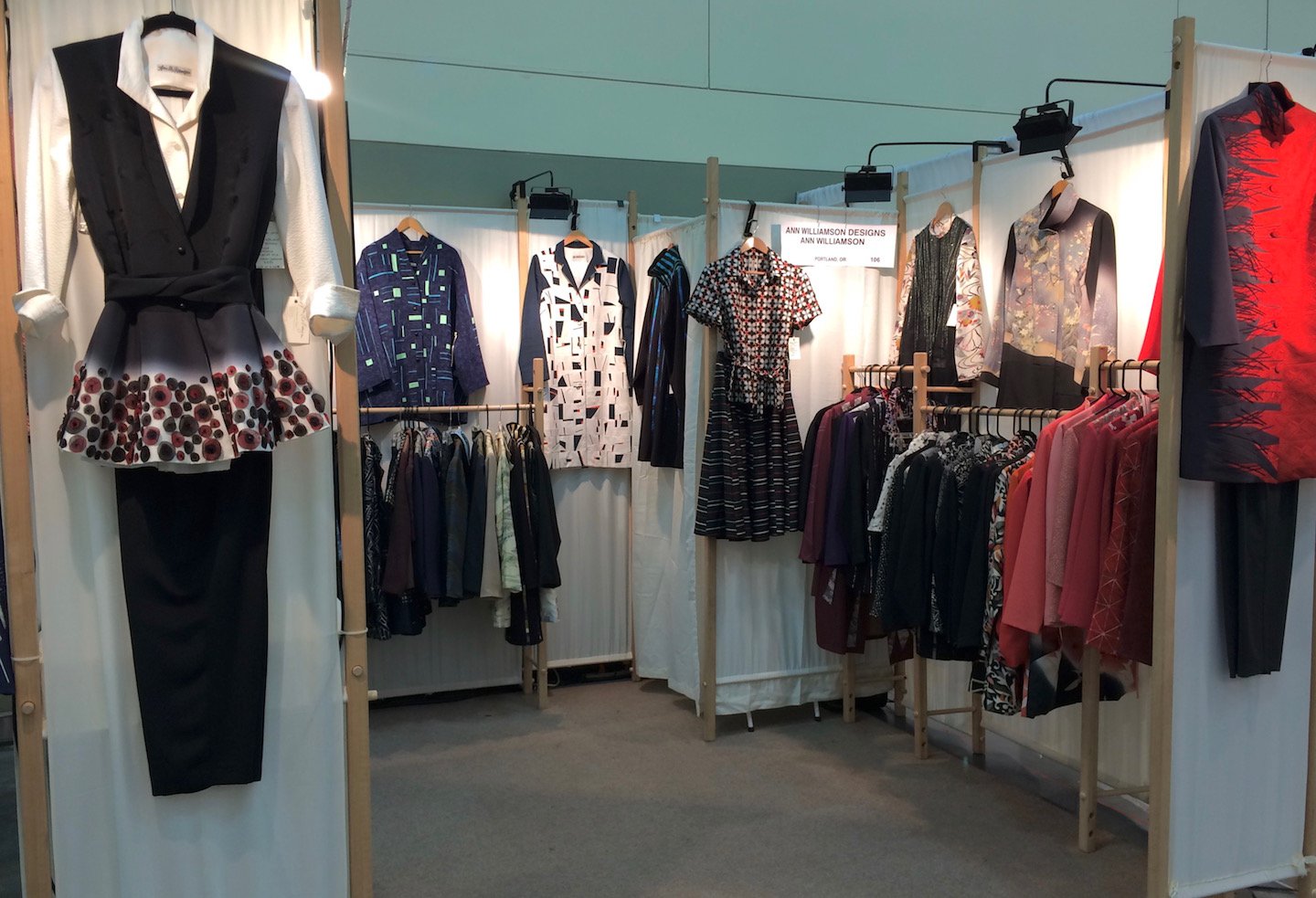 I left Portland with snow [snow!] and arrived in Baltimore to 77 degrees on the first day and 80 on the second. Amazing! So beautiful. Wow.
The Baltimore Convention Center under a blue, blue sky. 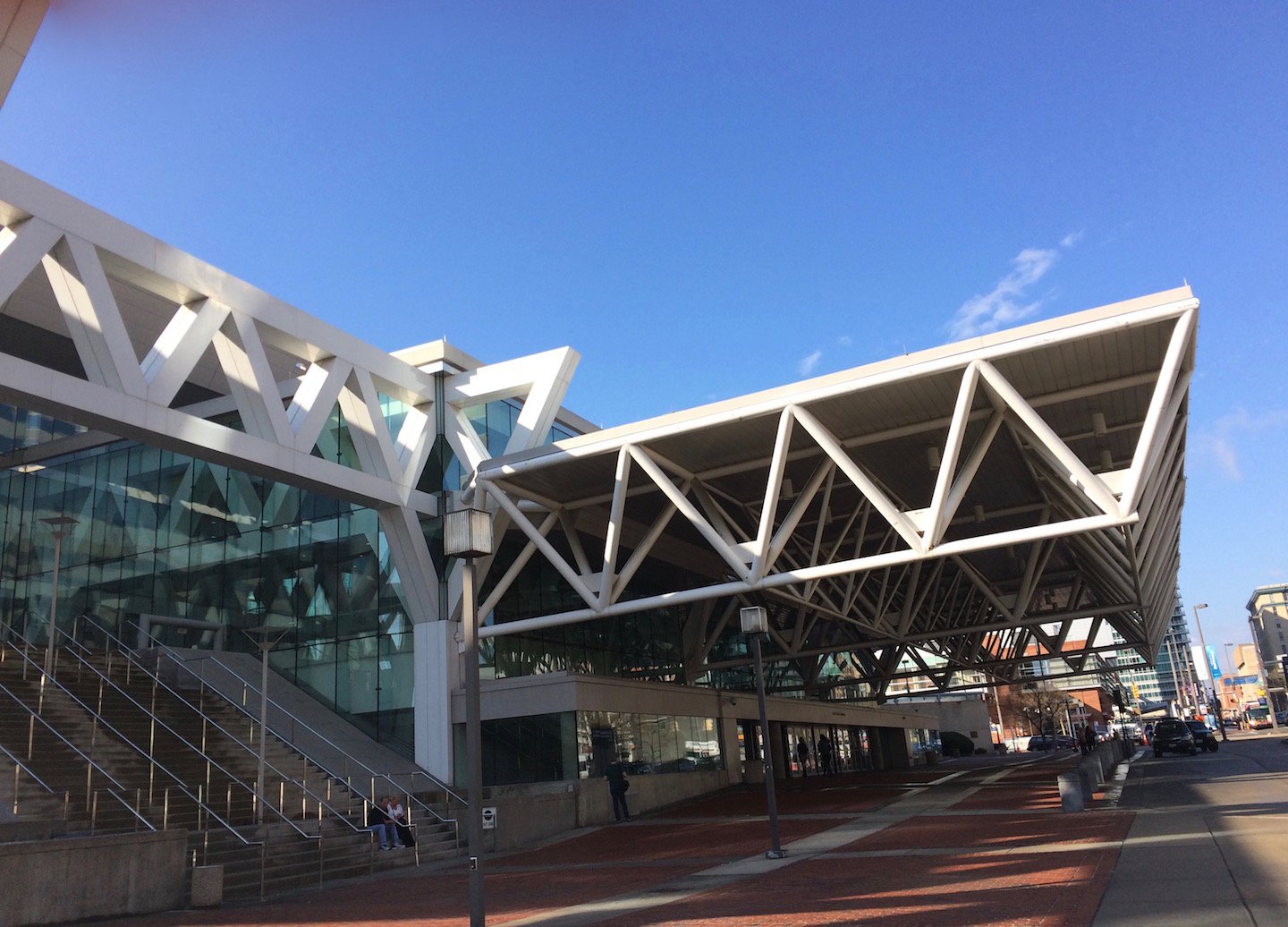 When the doors open and all the people come in, some new and others who have become long time friends, it can’t get any better. It’s a three day party.
The booth, set and ready just before the show opened. 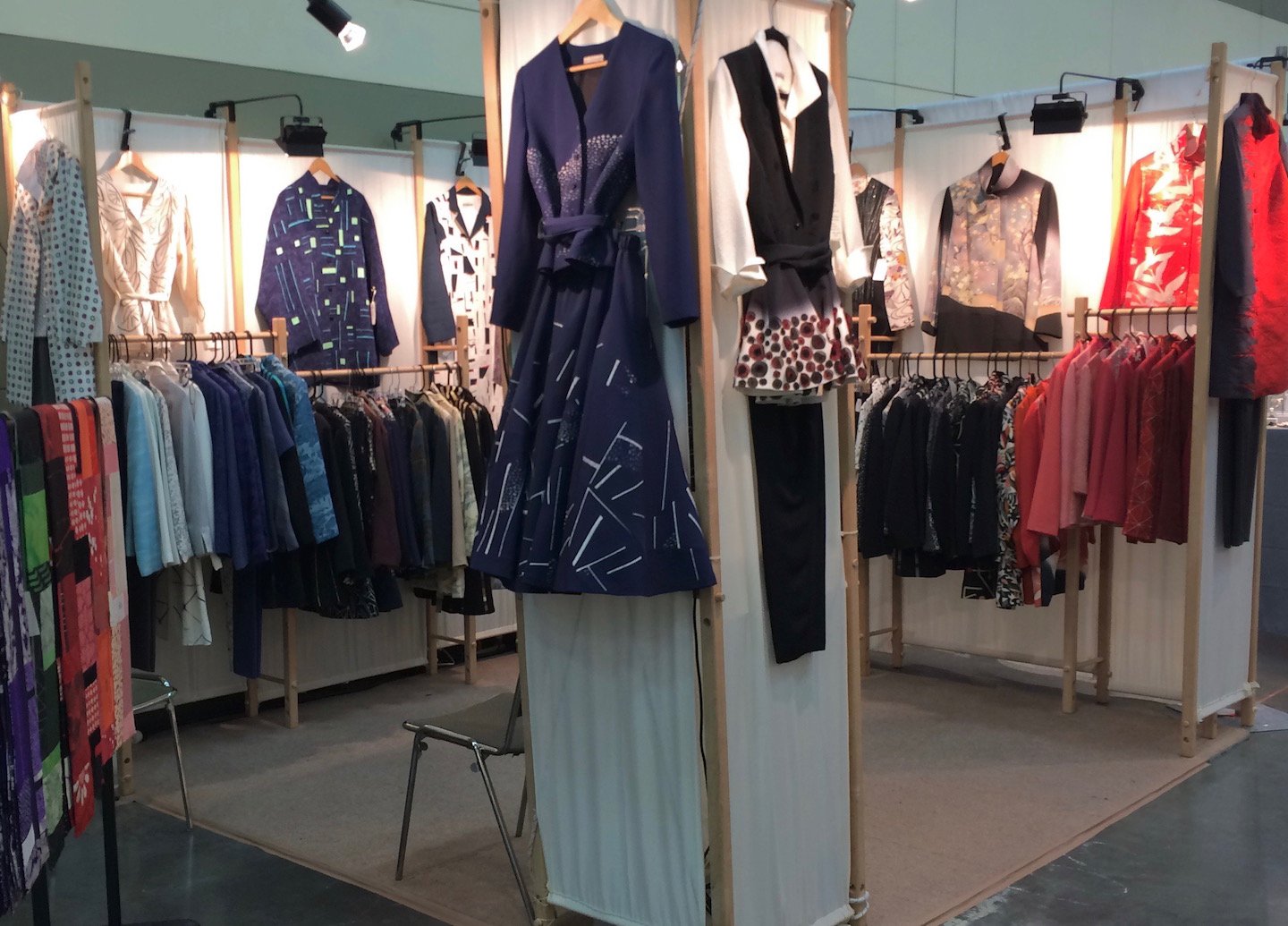 Then like that, it’s over.
Everything that’s left is packed up, the booth goes back into it’s boxes, an early morning flight and I am back home.
A sign that we are minutes from Portland. Oregon’s beautiful Mt Hood.
Even better, a bit of a moon up in the sky. 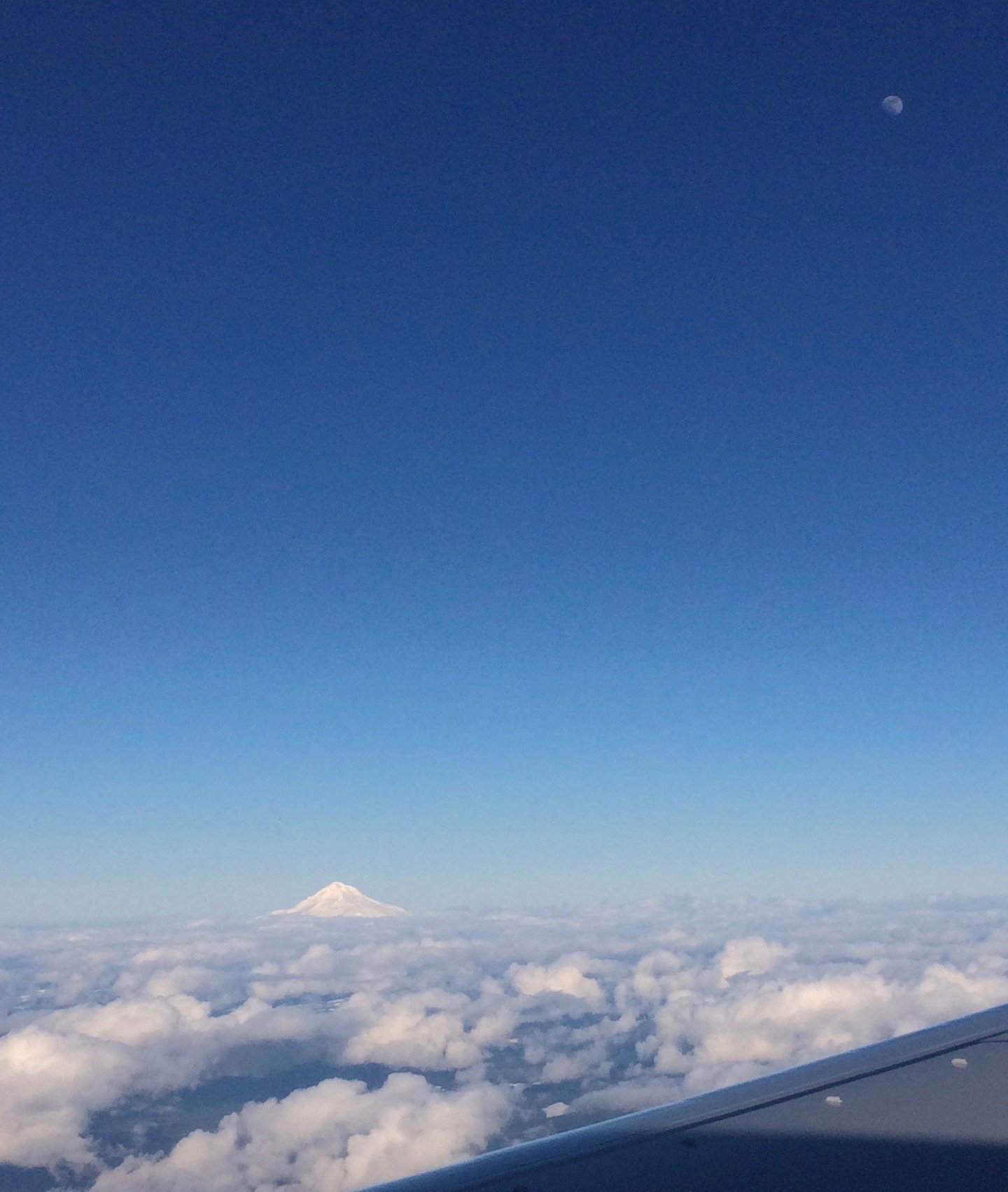 And back in my studio, clothes lined up waiting to be altered and shipped to their new homes. 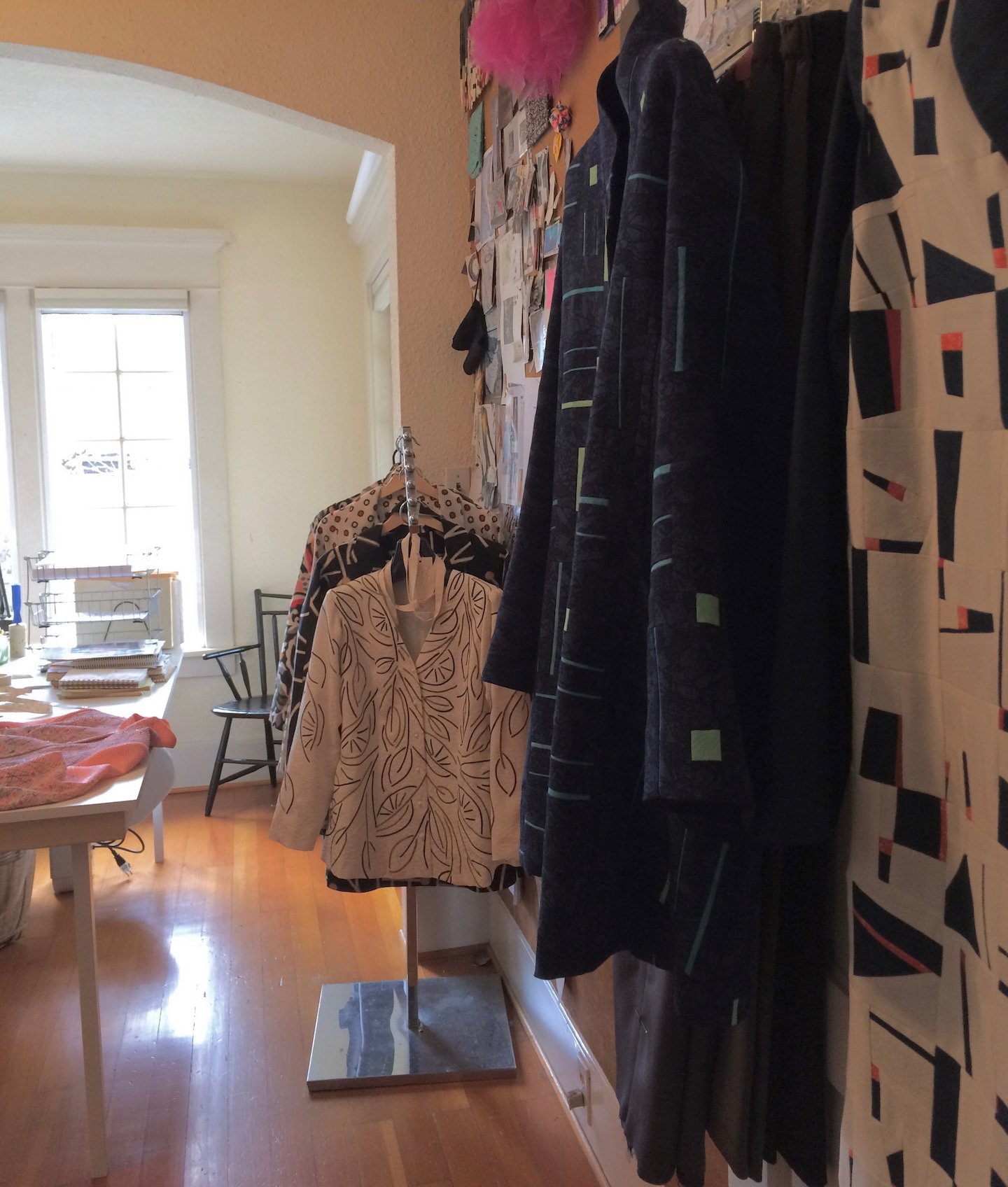 Thank you American Craft Council for putting together such a fabulous show!
And thank you Baltimore! I’m already looking forward to coming back next year.