Last weekend the Confederated Tribes of the Warm Springs Indian reservation celebrated the 163rd anniversary of their 1855 treaty with the US government, Pi-Ume-Sha. 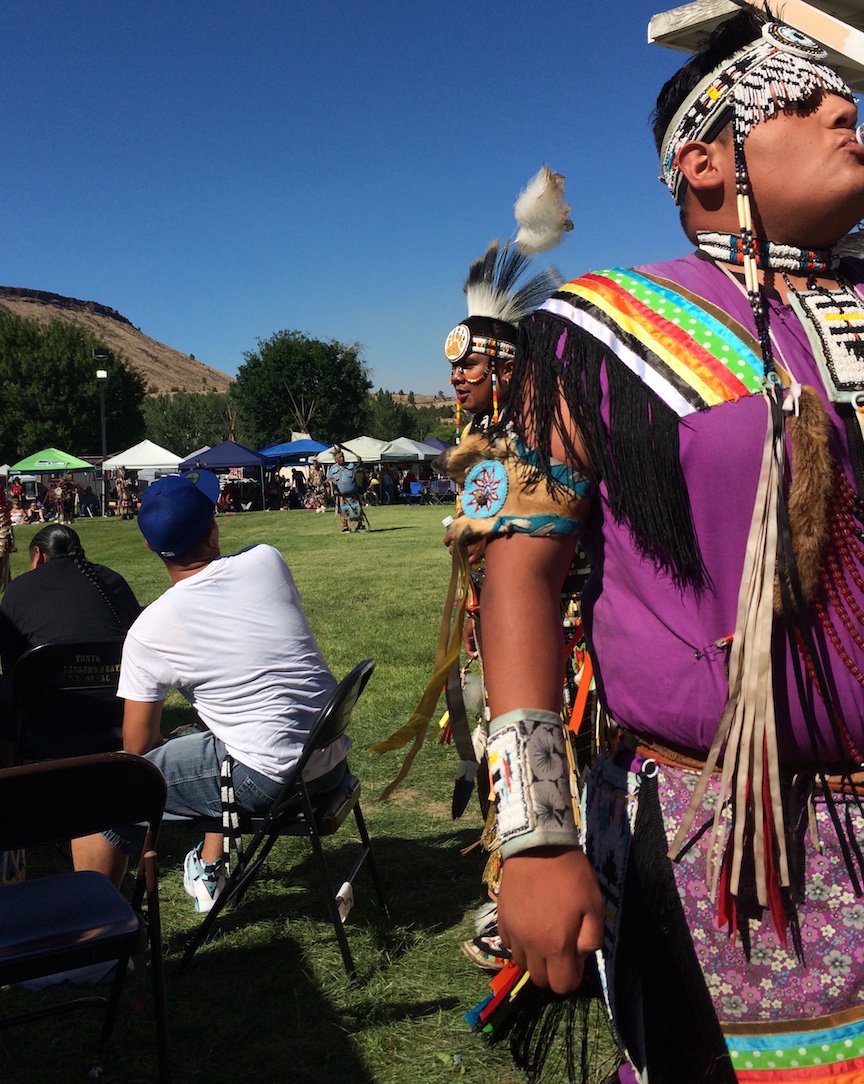 Located in what us Portlander’s call ‘Central Oregon’, Warm Springs is the kelly green area in the upper middle of this map. 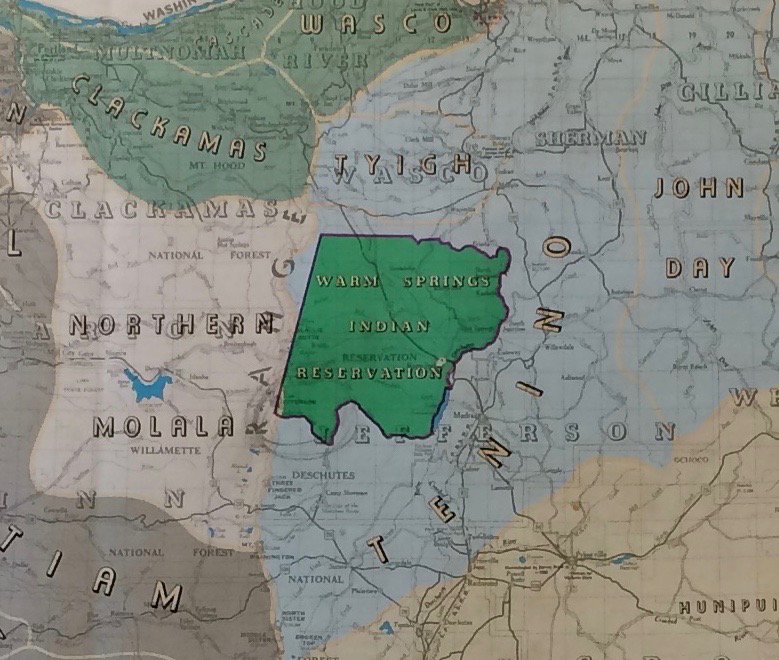 The 1855 treaty shrunk the Indian’s land from over 10 million acres to about 640,000.
The pink shows their original territories and the orange the reservation.
But the Indians were wise, they made sure that the treaty protected their right to hunt and fish and gather food from all of their ancestral homelands.

When negotiating the treaty, Sim-Tus-Tus, said,
“The De Chutes has sustained us in fish. The Falls where we catch the fish, we should like to reserve it. You have seen our country where we get our roots, this is the country that I spoke about. I wish to keep the section of the country beyond the Tugh about the Mutton Mountain and between the Mutton and Jefferson Mountains, where we gather our berries…”
This is what Pi-Ume-Sha celebrates.

The reservation includes land from the dry desert, 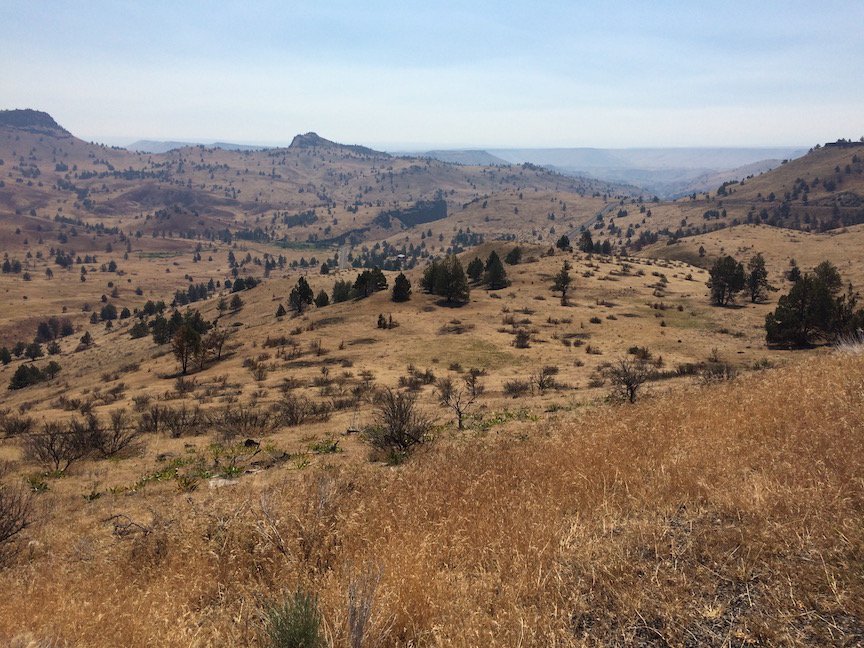 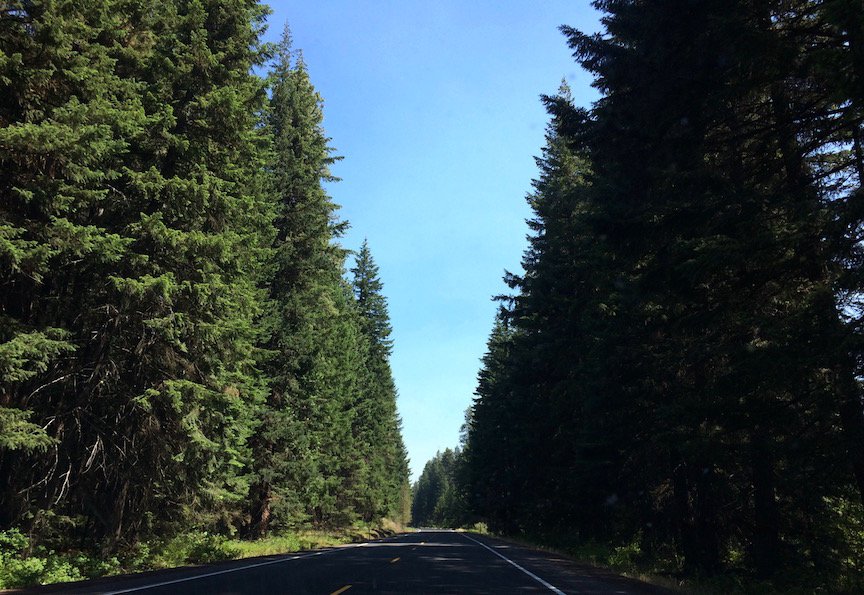 For the past 49 years, the tribal members have celebrated with a PowWow.
A weekend of feasts, a rodeo, horse racing, boxing, a golf tournament, softball and traditional dancing,

Competitors lined up in their regalia.
The best dancers can win cash prizes, these guys are serious.

And a parade!
With the local police and fire department playing songs with their sirens.
Really!

Handing out candy to the kids. 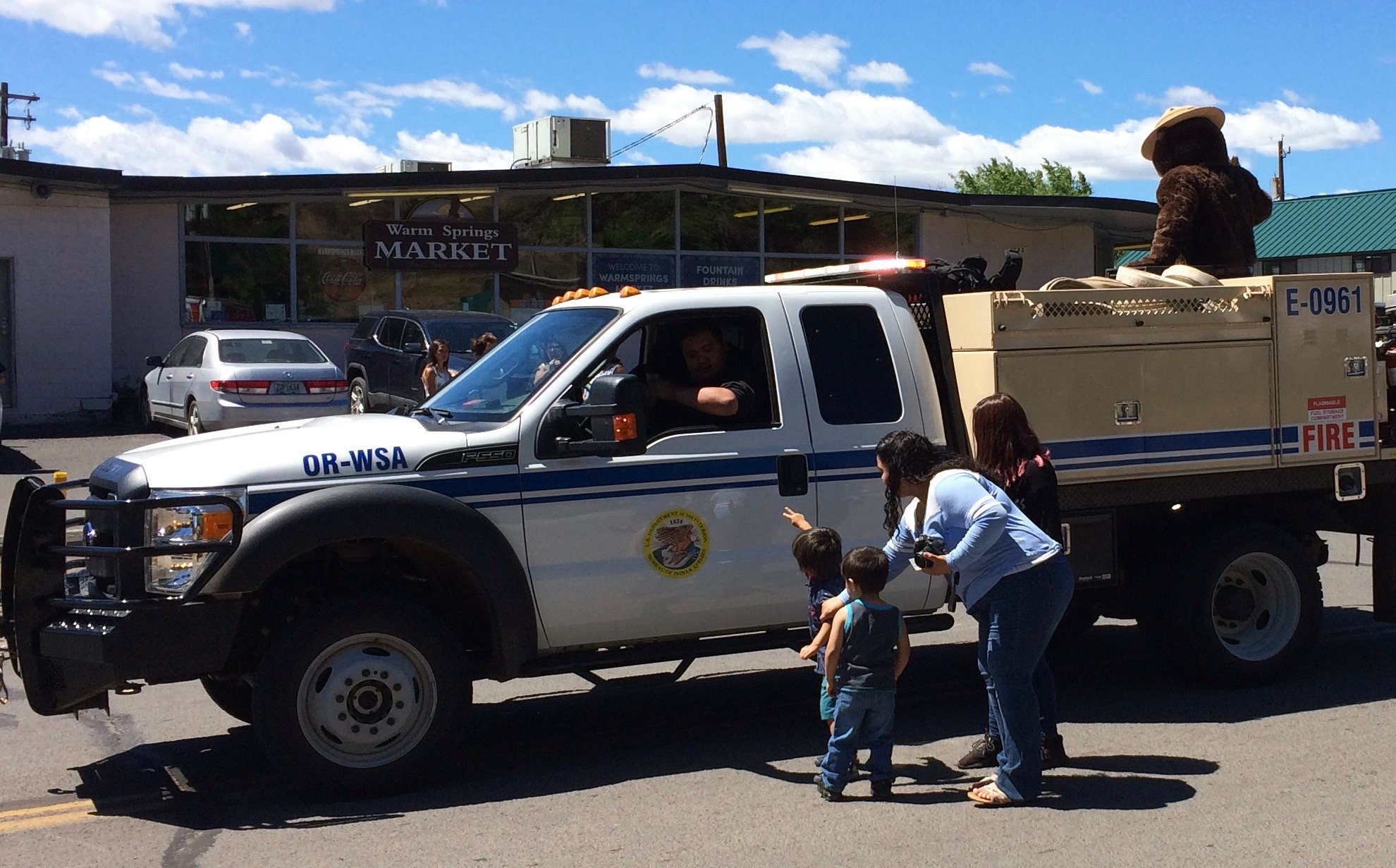 What a fabulous month I’ve had, visiting both Oregon’s cowboys and the Warm Springs Indians.
Thanks you to the tribal members of Warm Springs for putting on such a fabulous event. 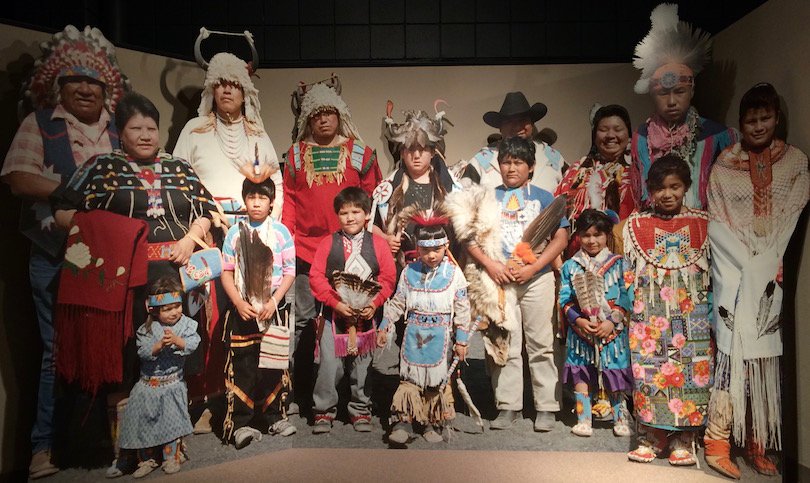 A photograph from the Museum at Warm Springs Museum of tribal members.