It was a coincidence that during the same week as the total eclipse, I was working on a ‘Moon’ swing coat. ‘Moon’ because of the white circles. White circles in kimono silks are spaces left blank so that a family crest can be added. 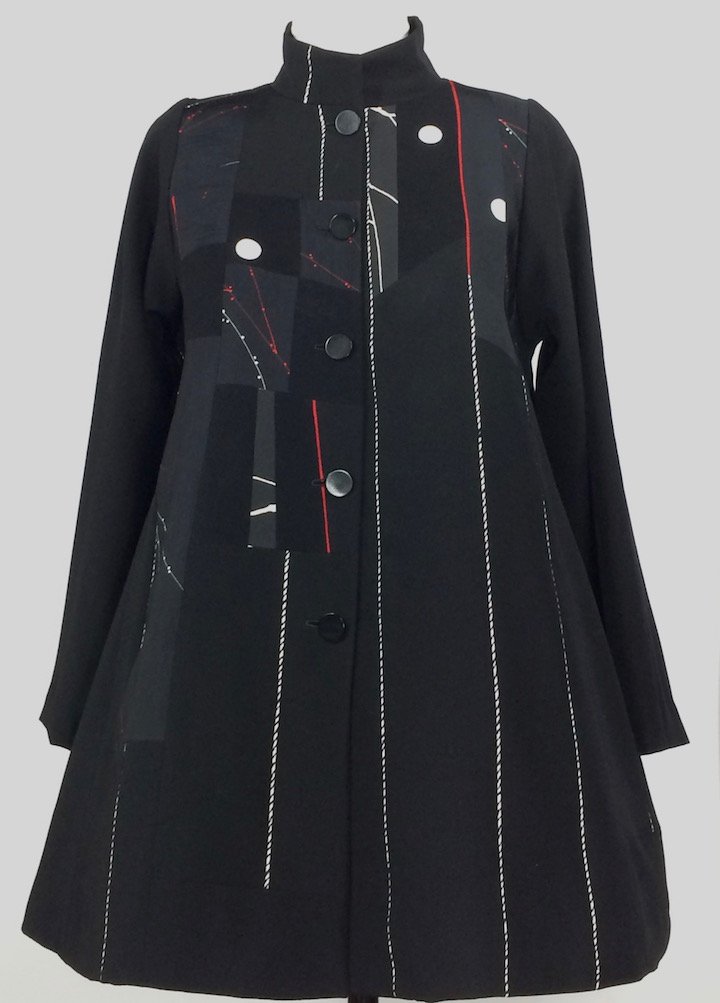 I’ve been an astronomy nerd since forever, so there was no question that I would go to see the total eclipse. Especially since the path of totality was so close to home. An easy 2 1/2 hour drive from Portland to the beautiful Crooked River National Grasslands outside of Madras, Oregon.
All along the remote roads through the park, eclipse chasers were lined up and ready. 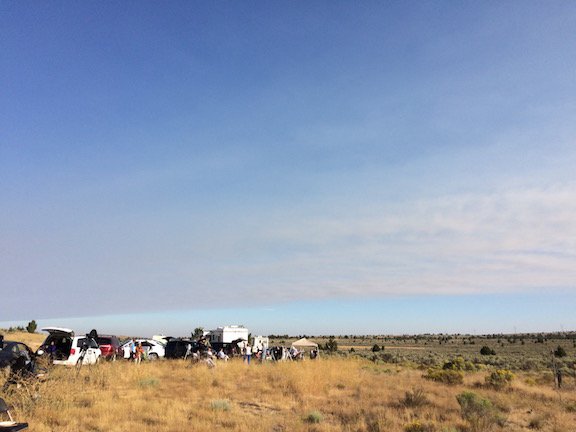 My special eclipse glasses on,
my paper plate pinhole viewer, up and ready. 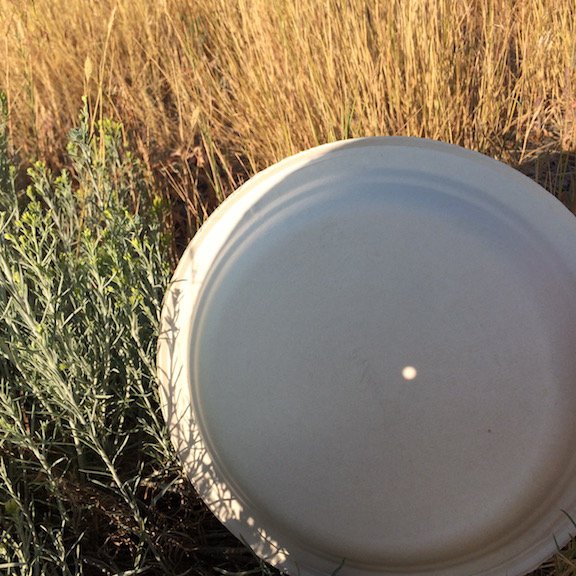 Slowly, over the next hour, the earth, the moon and the sun lined up. 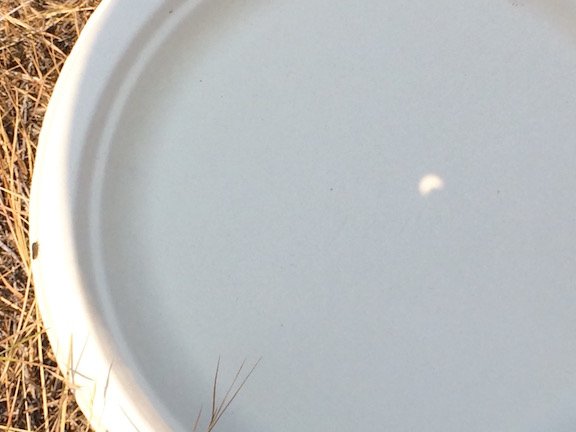 It got darker, the temperature dropped,
until the sun was a skinny sliver peaking from behind the moon. 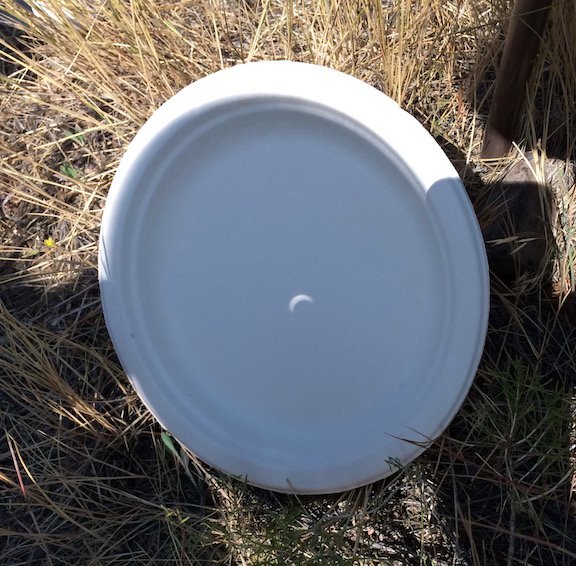 And then,
magic.
At this moment in the history of the universe, from the vantage place of the earth, the moon is the exact same size as the sun.
So that when the moon rotates between the earth and the sun and if you’re lucky enough to be in the shadow, you can take off your protective glasses and stare directly at the sun.
Stare at the black hole in the sky where the sun should be.
The eerie light, the pink horizon, the sky, though dark, still blue,
so, so, so amazing. 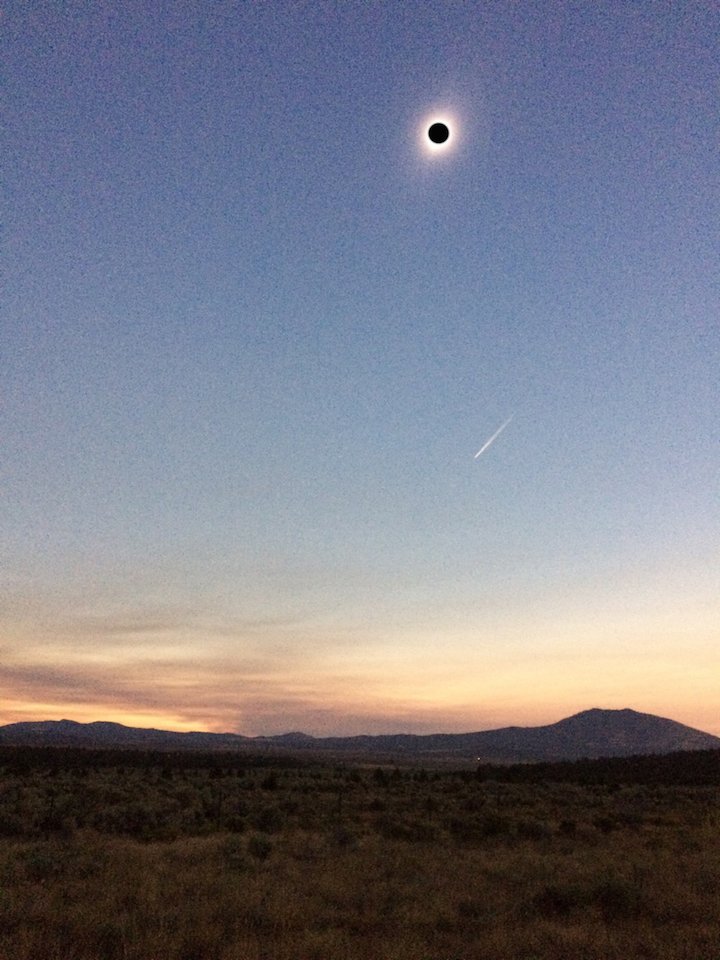 My iPhone photograph showed only a white smear in the sky, so in order to show what I saw, I’ve added in the black sphere of the moon. Otherwise, the picture shows the sky and the landscape exactly as I saw them. The center of the sun really was black, black, black. The sky and the land really were those odd, sunset-like colors glowing in an other worldly landscape.
It really was truly, truly breathtaking.