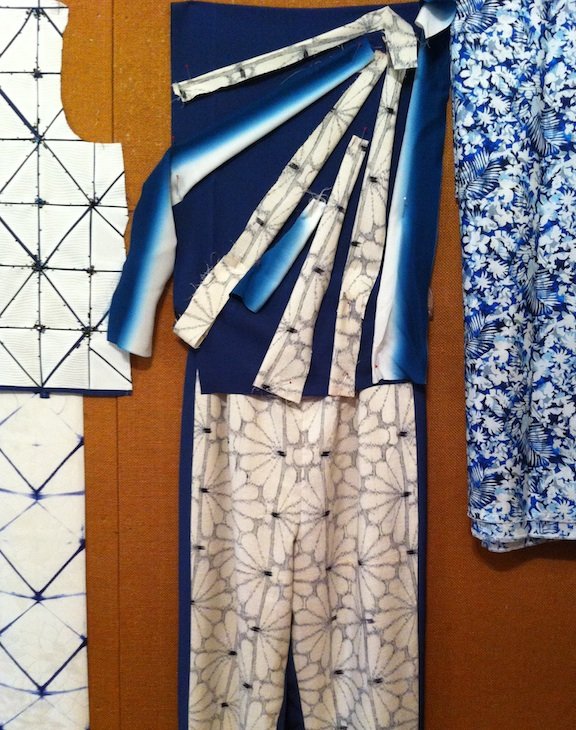 You know how sometimes you start a project and there is nothing else in the world and you stay with it until it’s finished? And then other times you start one and another idea pops in your head so you add in a second? And then a third? Until there are piles of half and quarter finished things everywhere? Ideas that you don’t want to let float away so you put aside, really, only for a minute, what you’re working on and layout the next. But you need to spend a little time working on that one [because how often do ideas come out complete?]. And in the middle of that comes another? And pretty soon your entire workroom is full of sketchy, half done pieces.