We’re off to a fundraiser for the Maryhill Museum, a springtime tea party and lecture about The Theatre de la Mode, the museum’s collection of French fashion dolls.
Marsha and Martha in the rear view mirror, wearing their spectacular hats! Perfect for a tea party. 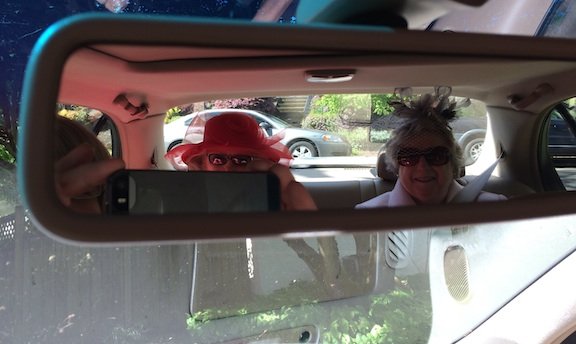 Maryhill is about 2 hours east of Portland, on the hills above the Columbia River.
Originally intended to be a home for Sam Hill, lawyer, businessman, railroad executive, world traveler and friend of artists, the museum houses an eclectic collection of exhibits, including NW Indian art and artifacts, Romanian orthodox icons, Rodin sculptures and the Theatre de la Mode. 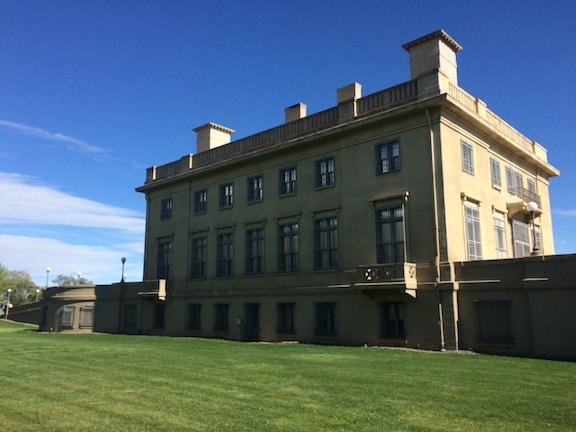 Looking west out to the Columbia River, the views are spectacular. 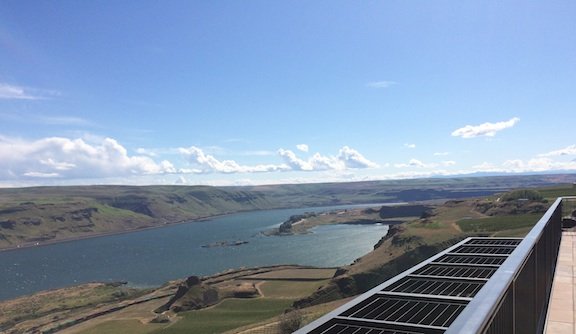 And to the east.
Gorgeous!
Wow! 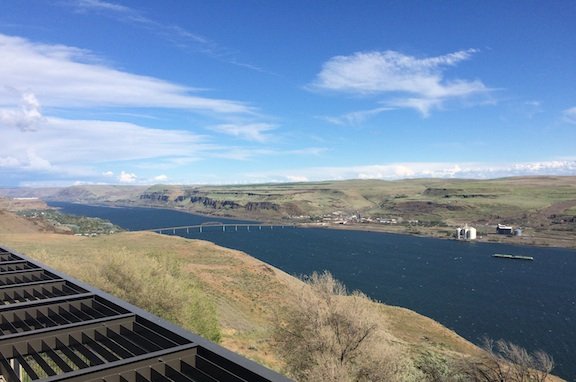 But we were there for a tea party.
Tea, scones and little sandwiches with the crusts cut off. 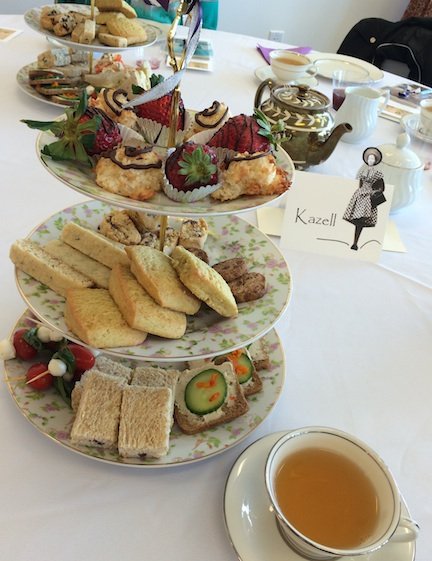 And a lecture and slide show about the Theatre de la Mode.
My view through hats. 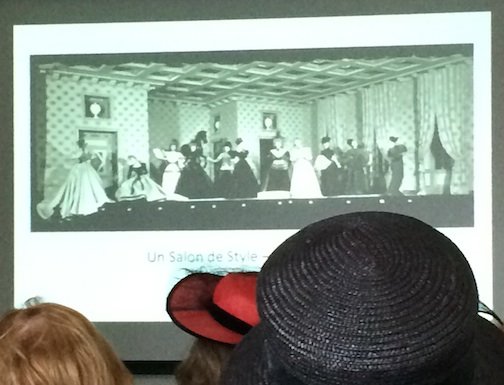 The Theatre de la Mode are French fashion dolls created just after World War II, to show that despite the ravages of war, Paris was still the center of fashion. The Paris designers of the day put together couture collections for doll sized wire framed figures.
The dresses, jackets, coats and hats were sewn perfectly to scale.
Each piece of jewelry, every shoe, tiny bag, glove and hairdo meticulously crafted.

Sets for the dolls were built and painted by artists and theater designers.
The entire exhibit toured throughout Europe and in 1946, to the United States, ending up in San Francisco.
After, the dolls were put into storage, the  painted backdrops were discarded and the jewels returned to France.
In 1952, they were sent to the Maryhill Museum, where they were displayed in glass cases in a basement exhibit room.
Although the Maryhill curators knew they were there and were on view for the many museum visitors, to the rest of the world they were lost. 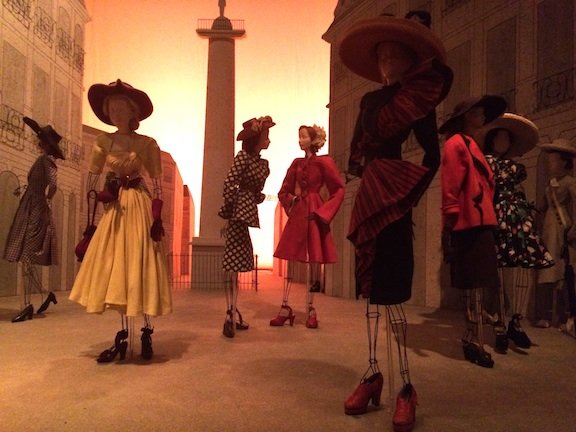 They were “discovered” in 1983 and were eventually returned to Paris to be restored.
In 1990 the dolls and 9 of the recreated sets were exhibited at the Musee de la Mode in the Louvre. After Paris, the show traveled around the world including London, New York and Tokyo.
Then in 1995, they returned to Maryhill. 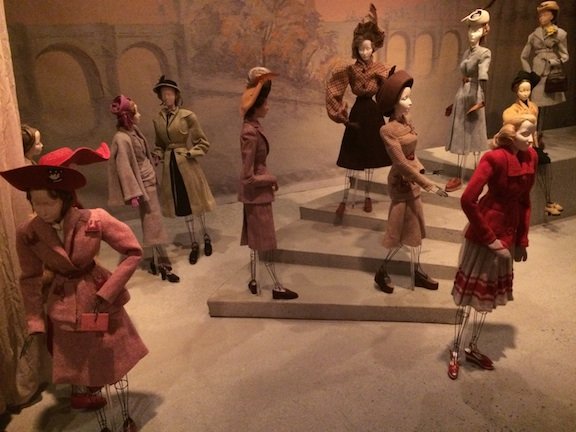 Although they are not able to show all 9 sets at once [in the Musee de la Mode, the exhibit took up several floors!], there are always 3 on display.
There’s a beautiful book about the dolls, their history and restoration and full of information and detailed photographs; “Theatre de la Mode, Fashion Dolls: The Survival of Haute Couture“.
My picture of Elisabeth taking pictures.

Thank you Maryhill Museum, for a wonderful afternoon! 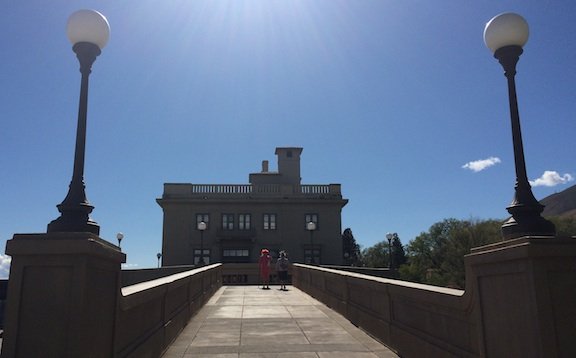 And thank you Martha and Marsha for being such charming companions!
You are fabulous! 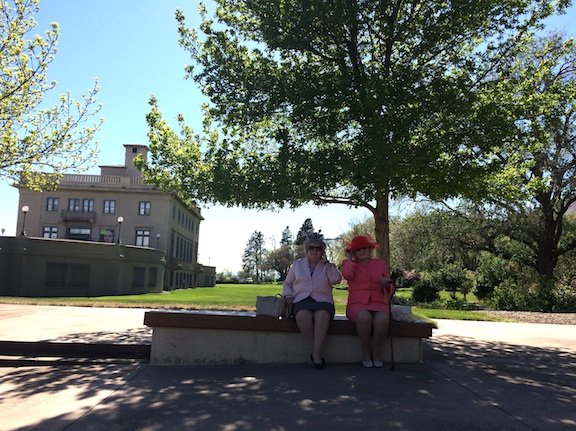 I had to bend over to adjust her sleeve, but I kne

Interstate Bridge from the Washington side. Oregon